Nigerian Online English: An Analysis of Its Nominal Group Structure

Online/Internet English is generally considered by scholars in the field of Information Communications Technology (ICT) discourse research to exhibit usage features which mark it as an emergent sub-variety of the English language. (Crystal, 2005, 2011; Posteguillo, 2002). Furthermore, Tagliamonte and and Denis (2008) observed that the language used on the internet possesses its own grammar, lexicon, graphology and usage conditions. In fact, there have been proposals advanced for ICT discourse research to treat Internet language as a ‘new medium’ and to investigate it as a discipline on its own terms (Crystal, 2003). This study is aimed at analysing the Nominal Group (NG) structure of English used by Nigerians on the Internet. The NG data analyzed in this study were obtained from written productions by Nigerian users of the Internet of four platforms of the social media: Facebook, WhatsApp, Instagram and Twitter. The data were obtained by screenshots of discussion threads in the various media group chats, posts and comments found on the platforms studied. The screenshots were taken after due permission from the authors and Admins. Using insights from the Systemic Functional Grammar (SFG), the isolated NG structures were analysed and found to be mainly syntactic chunks of clauses with expanded structures ‘padded’ with experiential elements which should normally be elements of clause structure. A further syntactic feature of NG constructions which was observed to occur in social media English studied is the tendency to be left-dislocated. It could be concluded that the structural variations observed in the grammar of Internet English derive from constraints of the medium, for instance, character limitation, the creative nature of language and the creative discernment of users of the Internet. More research into the grammar of Internet English covering other group and clause types is recommended. 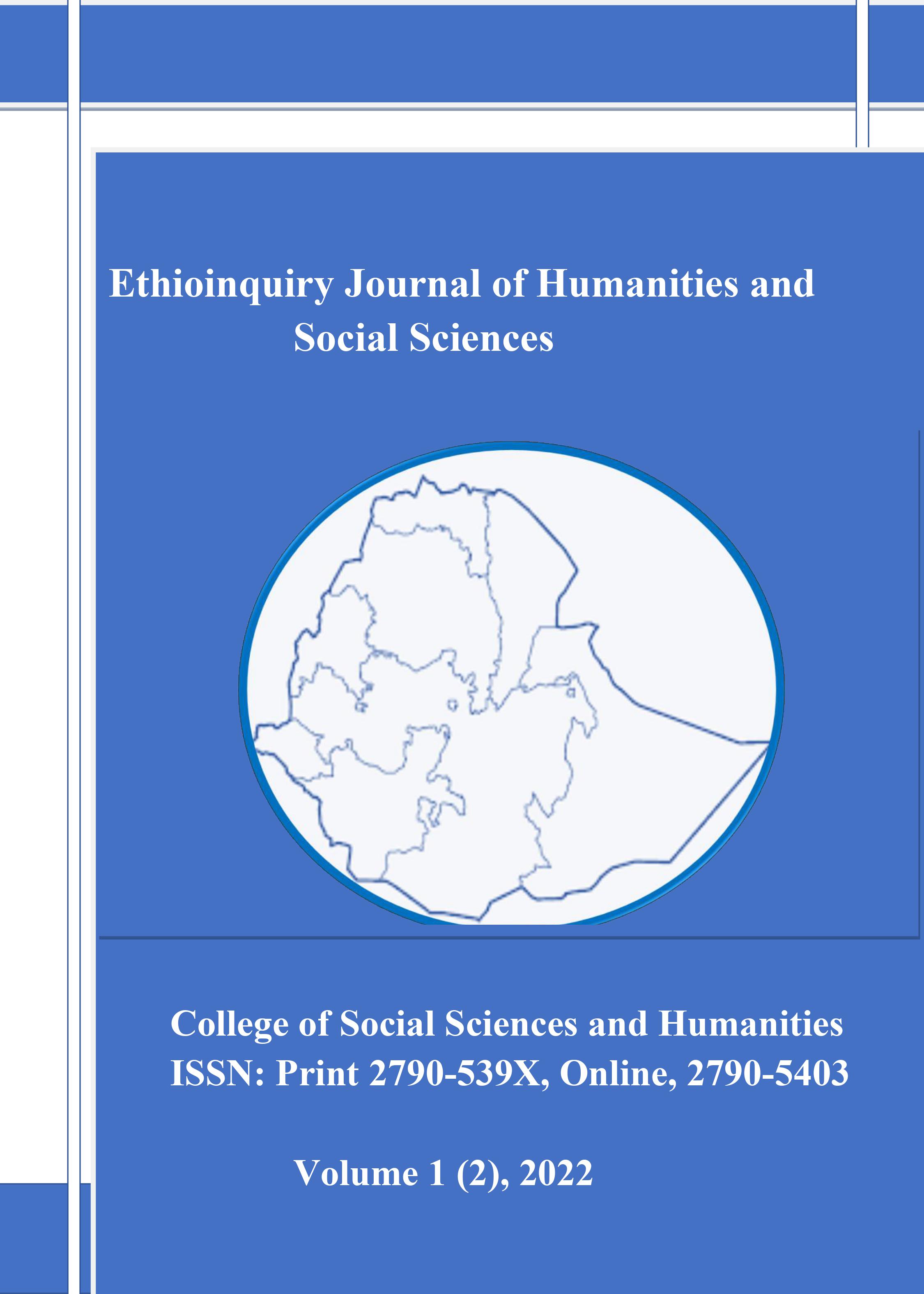 Vol. 1 No. 2 (2022): Ethioinquiry Journal of Humanities and Social Sciences